At some age, apparently, you “put up” your legs permanently. In the cupboard, perhaps. Maybe like a bat? Put it up for auction on Ebay!

55 years is no big deal. At that age,”heroes” like Shahrukh Khan or Salman Khan will still be chasing after 20-something heroines.

There were many bloopers on this particular day but my phone camera was not good to capture all of them. 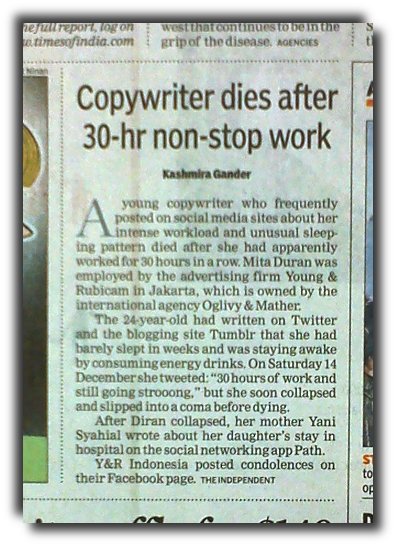 Can their journalists get any story right? Or, write copy without mistakes? Or, at least write objectively? When they can’t do their own job right, why are they targeting these poor people? ATMs only need someone to remotely raise an audible alarm. They don’t have to physically intervene. Guys who can successfully fight armed thieves or fit the physical requirements as per the rules would rather join the military or the police. Why would they be willing to sit for ever on a stool at an ATM? What good are cops anyway? There was one ATM customer who staked out at a kiosk and caught the thief who attacked him a few days back. When he took the thief to the police station, the cop asked the guy to “settle” the matter with the thief.

Times journalists sucker these poor and old guards to pose for them and then writes a hit piece on them.

It is all-round incompetence at the Times group.

I think that it was Kushwant Singh who said that if they were to release and ad for the top post, it would be ‘Editors wanted; Journalists need not apply’.

This Meena Iyer should get a thesaurus. Apparently, TOI can’t pay their copy writer a decent salary.

Jug Suraiya has had such a long run in the editorial pages of Times of India that he should know the difference.

Policy paralysis… governance deficit… they say. Is running government all about doling out favors to the influential?

I have as much right as Birla to own a coal block. If the rules were followed, then neither of us would receive any. But, Birla meets Manmole Singh and gets a coal block that was originally alloted to a PSU.

This is corruption. It does not matter if there was documents going here and forth to give it an air of legitimacy.

They are corrupt. They should be thrown in jail. Why can’t ET get this simple fact in its head? 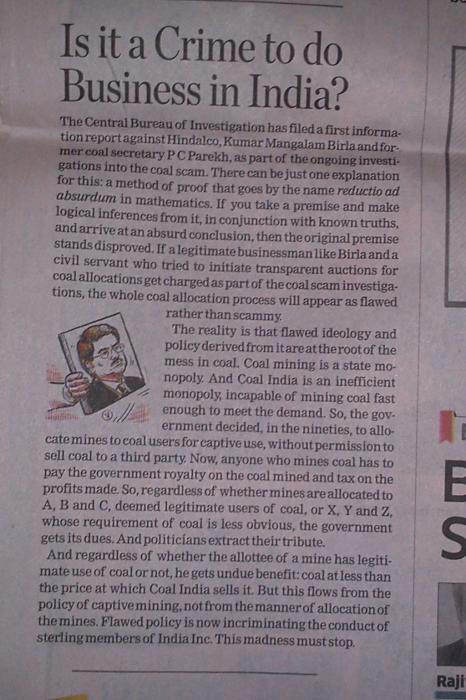 Flawed policy was created at the behest of sterling members of Indian Inc.

When the market falls, finance minister Chidambaram takes blame (who passes it on to his predecessor)

When it goes up, ET credits it to RBI governor Rajan 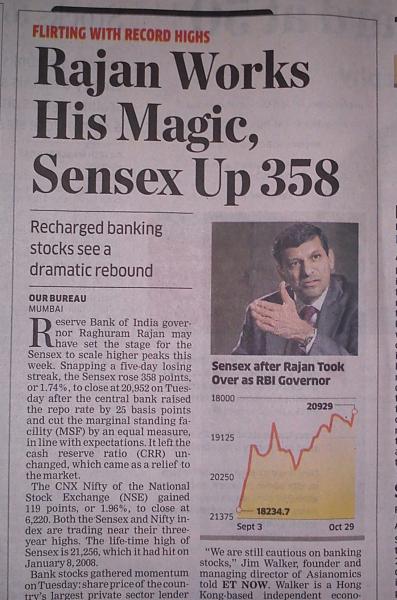 For the latest rally, ET credits (hold you breath for this) Gujarat CM Narendra Modi, who is yet to fight the election and take office 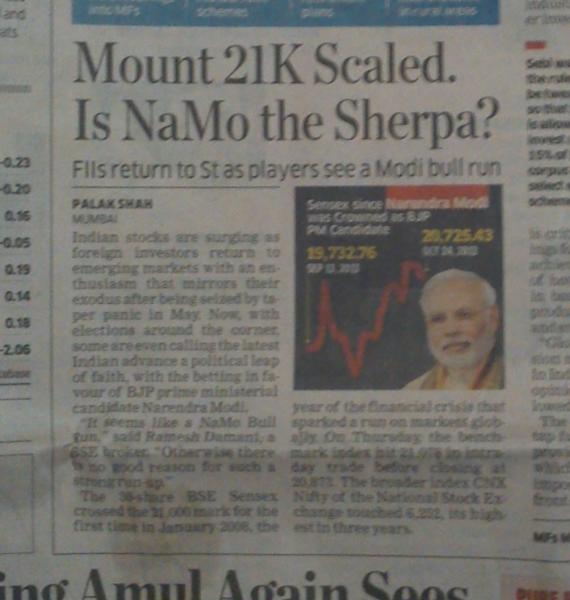 Rajan got the job. Let’s move on to the next target. ET credits Modi for the latest rally.

ET gets airheads to talk up economic hitman, instead of experienced market operators 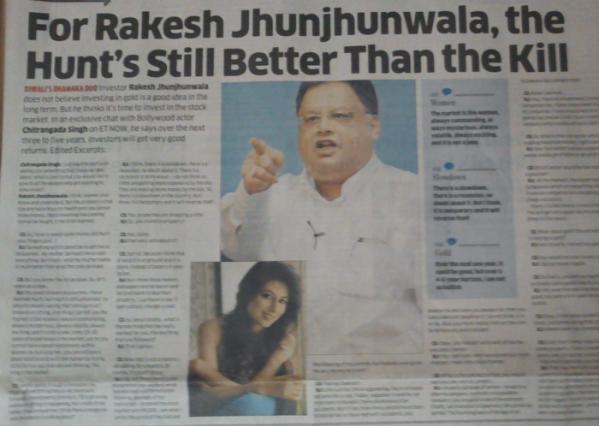 Who is this junjunwala? Why is ET propping him up? And, why is model-turned-actress Chitraganda Singh involved? She definitely is not an airhead but what is the point of using someone like her to interview a market operator. He wouldn’t listen to an ordinary reporter?

Technology has yet to wade through to her Swiss bank accounts.

Soviet-style news reporting, which has become popular in US and UK, has come to India.

The copters were kept “airborne”, not “afloat”.