In February 2018, I predicted that Modi government will restate the value of the “assets” seized from Nirav Modi’s retail stores. This is because jewellery stores mark up the value of their stocks in many ways. First, the value of non-precious items such as paint and plastics on the jewel is given the same treatment as gold when selling to the customer. When the customer wants to sell it back to the store, these non-precious items are scrapped off the jewel and only the melted gold is weighed and valued at prevailing bullion market rates. Second, depending on the market standing of the store, a “brand premium” is added to the value of the articles. In case of designer jewellery, this can be double the value of the article purchased. Third, Indian government officials pocket some of the valuables during the raids.

People should realize that the ED was quite aware of this. They were under pressure from Modi government to inflate the value of the asset seizures. 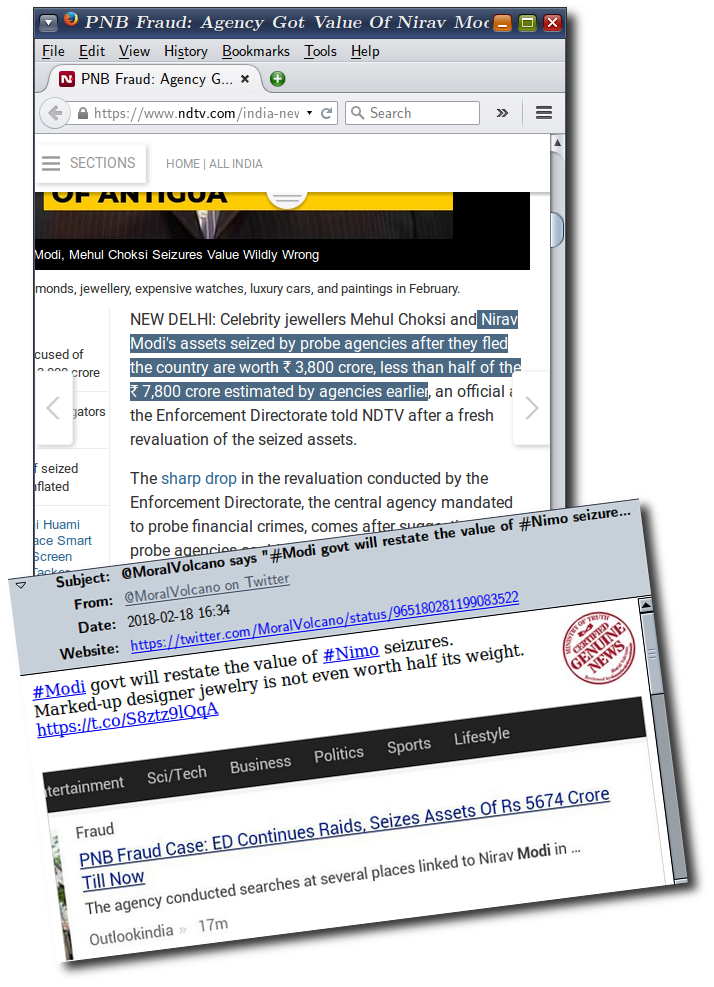 In February 2018, I predicted that Modi government will restate the value of the “assets” seized from Nirav Modi’s stores.

Even though “electronic” voting machines were used, it took weeks, instead of a day, to finish voting.

After the elections in Punjab, the American embassy seems to have told Modi that most votes have been cast against the BJP-SAD coalition. To avoid being blamed for the loss and expecting the same in UP elections, Modi tried to put his cabinet detractors on the defensive. He asked for details of tours if any conducted by them to raise support for demonetization. The reptilians seems to have told Modi, they weren’t going reverse the Punjab verdict because the incumbents were thoroughly hated. It wasn’t worth the effort.

In Uttar Pradesh, the Congress made the mistake of allying with another hated incumbent party and that created scope for getting away with tampering the foreign-made EVMs chips. Unfortunately for BJP, their vote bank was totally gone. Not a problem, said the reptilians. Modi had done well with treasonous demonetization and national ID swindles and had won their approval. Like a treat for a good dog, the reptilians seem to have initiated largescale tampering of the EVMs. Even before the voting was over, Modi let the cat out of the bag with his “electric [electronic] shocks” statement (https://moralvolcano.wordpress.com/2017/03/06/modi-unwittingly-reveals-electronic-tampering-of-voting-machines-by-us-embassy/). Modi got votes even in Muslim-majority areas. 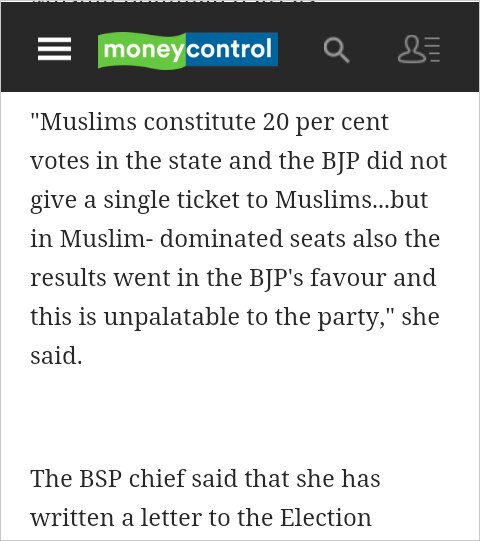 If they could get away with vote tampering in the general elections, the reptilians could effect the same in a handful of states too. (https://moralvolcano.wordpress.com/2014/05/17/want-proof-that-rothschild-evm-s-elected-modi-rather-than-people-of-india-bjp-sweeps-assam/) But, how can they do that after after demonetization?… Remember, Uttar Pradesh is like Bihar a state where huge numbers of casual laborers had become jobless and/or had to return from other states because of demonetization.

Tampered #VotingMachines will choose #BJP in state elections so #Modi can claim "no #Demonetization effect!" pic.twitter.com/VZO8DJrgPs

Not a problem! In America, the reptilians feared an armed revolt after Trump said he will not accept the result if it went against him. Yet, even though they let him win, they gave the popular vote to Schmillary Clinton. In comparison, India is a docile country where the population does not have guns to challenge the government.

Have you noticed something else? Amazing how that schmuck Modi has so suddenly overcome his own doubts and become more eloquent on demonetization than before. Modi is even calling for more humility in his party. That’s hilarious!

Everything about this government is fake. It wins fake elections. It fakes GDP numbers. It gave fake reasons for demonetization – to reduce India’s gold demand (reptilians are running out of physical gold and had to unwind massive long positions in crude oil) and to give payments banks-led cashless transactions a lift up (very few licenses were picked up). They wouldn’t admit that they didn’t have the brains to smoothly & efficiently implement a demonetization plan.

You know they are stupid because they are still refusing to print the 1000 rupee note, which is an important denomination in terms of transaction volumes. All they had was the willingness to accept orders from abroad. As a result, the economy is stuck in reverse gear. Most people are spending only on basics and cut back on discretionary spending. The good thing however is that digital transactions are going to fall and the fantastic dream of a cashless economy will revert back once enough cash percolates into the economy. My people will return to their old ways.

Modi is daydreaming and believing in his own lies. That is why RBI refuses to reveal details about returned currency notes. More than expected amount has been returned to banks and RBI will most likely falsify those numbers and justify the stupid/useless exercise.

As Americans like to say, “If it ain’t broke, don’t try to fix it.”

Modi, being a compulsive megalomaniac, became an easy sucker for the trap set by his traitorous NSA Ajit Doval.

As an upper riparian state, China’s development plans for BrahmaPutra were limited by India’s good behavior with the Indus Water Treaty.

Now, short-sighted diplomatic slights against Pakistan has pulled India down from the higher moral ground it enjoyed for decades.

Good luck, morons! Why does Modi surround himself with fools?

I told you so earlier:

Today, in the news:
http://www.thehindu.com/news/international/china-blocks-tributary-of-brahmaputra-in-tibet-to-build-dam/article9171963.ece