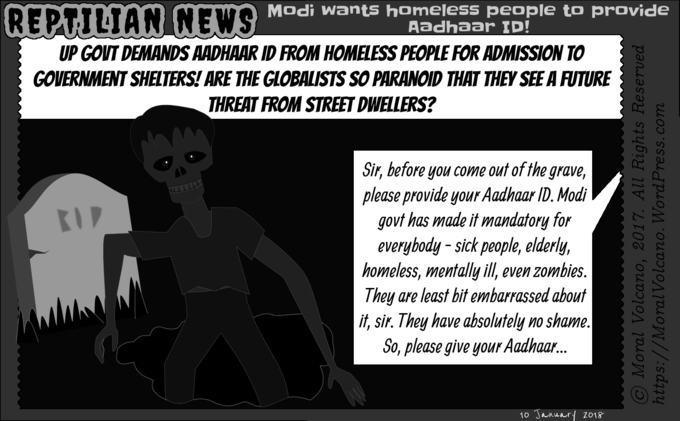 Android uploads all data created by your apps (including those of non-Google apps). It also uploads all passwords (including those of  Wi-Fi networks) to Google servers. Google calls it as backup, for your convenience, diagnostic information, anonymous usage data, etc. Google seems to have a psychopathic determination to place everyone who use Android in its surveillance net. To enable this, Android is forever scanning for any wireless network, even infected ones to upload your data. Since Google knows the password of all WiFi networks it may even be unlocking those networks to upload Android data. Maybe they just turn over that data to those three-letter agencies and they do pretty much what the want. Technically, Google does not do anything illegal. It’s the agencies which are tapping into the collected data.

Now this Tez app doesn’t store your Aadhaar number. Oh what a relief!

Contrary to what #Google says, its #Android OS uploads all data including those of non-Google apps to its servers. pic.twitter.com/l9BQ7MP0DX

#Google has a problem letting people go. It will use any available wireless network to bring you back to the surveillance net. pic.twitter.com/JYBroBQ53w

RTI requests have revealed that foreign companies implementing the Aadhaar data have had unrestricted access to it. Yet, Modi govt insists the data is safe. This is in classic Indian government doublespeak. Unlike paper files, which can mysteriously go missing or get burnt in a fire mishap, they still have the data. They are just being truthful. Consummate crooks! 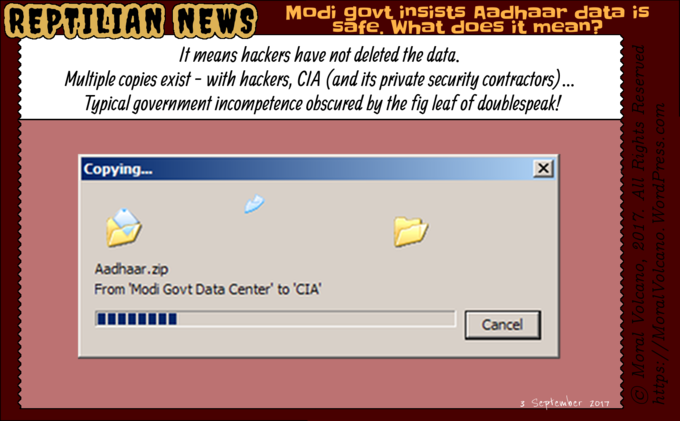 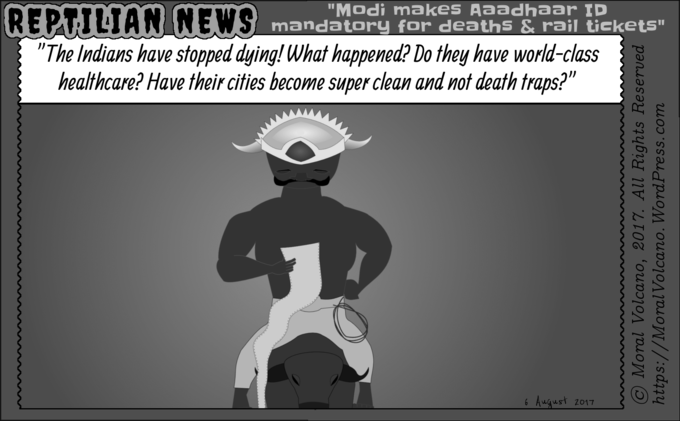 Following the footsteps of US government, Modi wants to have all cattle in a government database. Maybe it will be useful for some multinational company like Danone but the reason they are giving for this effort is to prevent smuggling. Yes, Aadhaar was to receive govt subsidy for LPG. Demonetization has defeated belack meney, terrorism and fake notes. 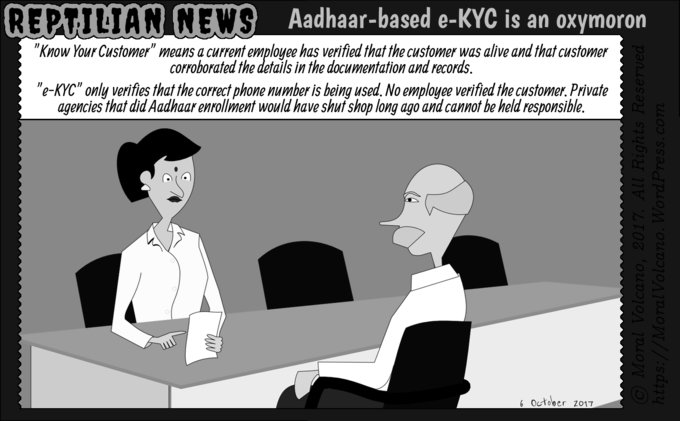 Know Your Customer means exactly that. e-KYC is an oxymoron. Even a dead person’s phone can complete e-KYC.

Unlike a hand-written signature, the biometric fingerprint can be replicated without the will/knowledge of the owner. Any business can collect fingerprints and personal data. If fingerprints are leaked online or sold to mobile phone theives, then they can conduct Aadhaar-enabled financial transactions.

The UIDAI Act offers no recourse or alternative for those whose biometric data has been stolen. With so many things made dependent on Aadhaar, life will come to a nought for those people. Aadhaar is a single-point failure on which the financial security of our nation is being set to be wrecked.

It was all decided years ago but bit by bit the subsidy regime is being eliminated. The pipelines laid by GAIL will be used by foreign/private gas supply companies. Reliance also wants to supply piped gas. Shell, British Gas, and Qatar gas and many trading firms are interested. But the subsidized trade in gas cylinders is a big stumbling blocks. So, our politicians are working overtime on this. Public money wasted on cronies in sweetheart deals is never a problem but a subsidy on an essential commodity for households is an unbearable burden for the lizards.

In any case, 700 million people have already given their biometric data as part of the Aadhaar card. It was time to withdraw the carrot and end the charade.

The road to hell is paved with good intentions. 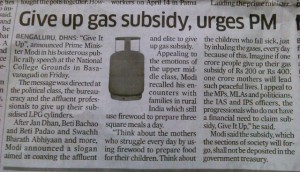 Acting on the orders of their Rothschild-Rockefeller overlords, the government of India forced the New India Assurance Co. to issue an ID card for Moral Volcano’s son.

The government may have bottled Moral Volcano’s spawn in some bio-bank somewhere but this kid was not mine. It was a colleague’s son. This happened before I got married and around the time I was in search of a bride. 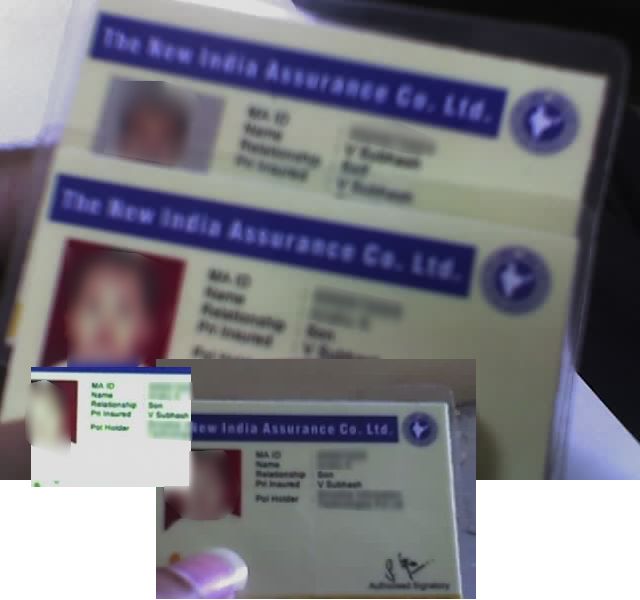 Imagine what the government could do with a database with all your biometric data. They initially said that AADHAAR ID card was meant to ensure government benefits went to deserving poor. Now, they are saying it will be used for all purposes. By making it a success in India, the globalists are planning to re-introduce compulsory identification cards in Western countries, where earlier attempts have failed miserably.

Government will, in future, abolish cash and make all transactions electronic. This will ensure that everyone is tracked like a dog. When everything is in computer databases, then government will be able, at the click of a button, to strip all assets a person has. Protests like that of AAP will become totally unviable. Fascist government will be inaugurated with the willing participation of the people.

Nandan Nilekani is in charge of UIDAI or the Aadhaar scheme and he has contracted the database contract to a “startup” funded by the American CIA, which is really managed by the Rockefellers in America for the Rothschilds. If you follow software programming websites, everyone is promoting this MongoDB as if it is next best thing since the release of DBase for CP/M.

UPDATE 7-February-2014: Accident Relief Care (a third party providing accident insurance on behalf of New India Assurance Co. Ltd.) has sent me a new card, even when the old card was valid till September this year. They have engraved the wrong blood group on my card. If the wrong blood type is transfused, then the body attacks itself and the patient dies.

Beware! Google is watching you.

When government gives free food, youth are not interested in finding a job. Raping and harrassing women is a pastime.

ET editor recommends a book about homo sex to kids. Children are the next frontier of homo and sexual propaganda.

If these fools are to be believed homo propaganda is the biggest deficiency facing today’s children – not schools, teachers, books, furniture, school buses, electricity…

Members of a youth organisation working with Karnataka AIDS Prevention Society used their “homosexuality awareness program” to net vulnerable kids who could be used in a homo prostitution ring.

Humans survived millennia without all these sex education and homo awareness propaganda. They only makes children vulnerable to serious harm. Kids are being bombarded with an overwhelming amount of messages and visuals about sex all the time.

With the impending Aadhaar system, children are going to tracked like hell. The Right To Education (RTE) Act will make children education less focused on learning and more focused on propaganda. It is a Fascist device in disguise. Only rich bastards will be able to get quality education. Children from middle-class families will be in debt if they learn too much. Most will have only just about education to make them good obedient factory workers or computer operators. Most will be happy to get jobs pizza delivery boys.

Because it prevents Homo NGOs from exploiting the RTE act and flooding schools with HOMO AWARENESS PROPAGANDA! There is BIG money to be made from foreign homo NGOs.

Times Of India editor recommends children be given book on homosex

Children are the next frontier of homo propaganda.

If these fools are to be believed homo propaganda is the biggest deficiency facing today’s children – not schools, teachers, books, furniture, school buses, electricity…

Humans survived millennia without all these sex education and homo awareness propaganda. This infiltration into schools only makes children more vulnerable to serious harm.

Members of a youth organisation working with Karnataka AIDS Prevention Society used their “homosexuality awareness program” to net vulnerable kids who could be used in a homo prostitution ring.

With the impending Aadhaar system, children are going to tracked like hell. The Right To Education (RTE) Act will make children education less focused on learning and more focused on propaganda. It is a Fascist device in disguise. Only rich bastards will be able to get quality education. Children from middle-class families will be in debt if they learn too much. Most will have only just about education to make them good obedient factory workers or computer operators. Most will be happy to get jobs pizza delivery boys.

Schools will become the focus homo propaganda in an effort at defanging future generations in its formative years; It also helps reduce population; Homos are lead to believe that they are wired differently so that they don’t suspect hormones/hormone-bursting chemicals in food and water or genotoxic vaccines

Like in America, students in India will get everything except a decent education from schools.

Conservative allegedly homo-hating Republican and former US Vice Dick Cheney’s wife once wrote a homoerotic book. Sorry, I couldn’t find a better picture. This is a poster from WhiteHouse.org. They closed it the moment Bush went out and the Kenyan Obama came in. They were just a bunch of pinkos who did not like Bush and conservatives! They fooled us again.

Sex with minors is getting condoned; Pedophilia will become mainstream in future, just homosexuality is now

In India, textbook/stationery vendors and uniform tailors are the ones who see schools as their customers. In the West, schools are considered a big market by a wide variety of businesses. To help this along, education boards and authorities force schools to engage in a wide variety of activities that have nothing to do with education. Hence, schools spend a lot of their funds on contracts to outside businesses. From vending machines that sell candy and soft drinks to personal computers and e-learning programs, the education sector is BIG BIG BIG. Homo propagandists see it as a new growth area and want to take a share of the spoils. With the RTE act, our schools are also getting turned into a source of great profit for a wide variety of businesses. “Special schools” to which elites send their kids will be exempt from all this nonsense.

In Russia, Putin has enacted laws to prohibit homo propaganda targeted at kids. But, Western media houses distorted the news and portrayed a different story, one in which Putin is an evil dictator who just hates homos. Excerpts from the AP interview was published in the Economic Times but even the homos working there are pretending that they are unaware of this. 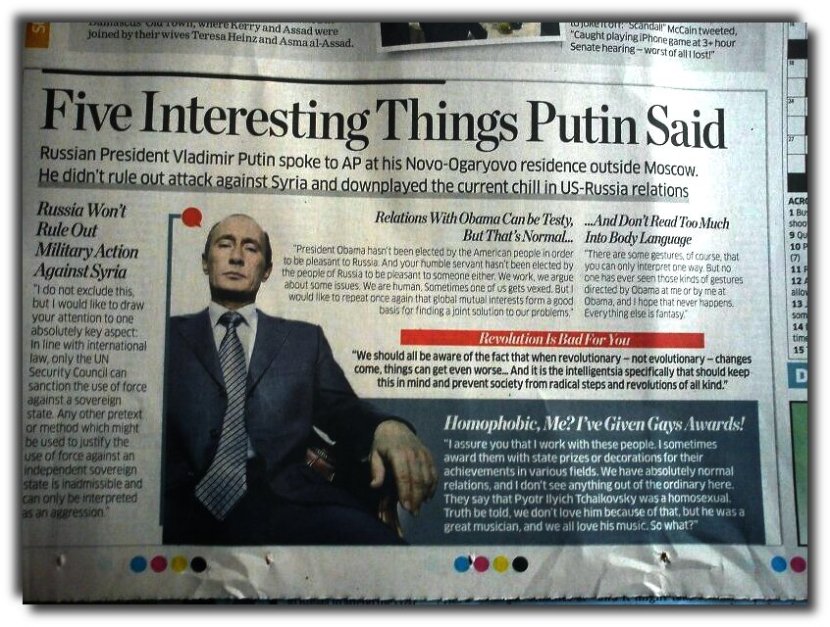 AP knows that Putin is not anti-homosexuals. Yet, it has no problems in repeating the lies.

Nigeria has enacted an anti-homo law and homos are getting arrested for being just homos. You will not find any protests against that because the Rothschilds take most of Nigeria’s oil with companies such as the Royal Dutch Shell.

ABC News reports that Nigeria has made arrests of homos with a new anti-homo law.

Homos hound top psychiatrist for stating the obvious; people allegedly fighting for their rights are the most nastiest and least tolerant

When someone mocks you, you mock him back. When someone criticizes you, you say something that punctures their argument. Or, you accept the criticism and go away. That’s how it is done.

No, no, no! Political Correctness Nazis are wired differently. They have their heads always stuck in the rear. They question your right to mock or criticize! This is not because they care so much about the person who is the target. They don’t want anyone raising their voice or questioning authority. This is how they defend the elite who run and exploit the system.

The PC pests in the electronic media are the worst. Instead of defending the right to free expression, they pile anyone who dares to exercise it.

I bet he rose to that high position wearing that dress.