Did you know where all the tonnes of steel from the World Trade Center went? In a matter of days, all of it was shipped to India. One would have thought that material would have been kept in the United States to help investigators look into the reasons for the crash. Someone, it seems, was very anxious everything be disposed off as soon as possible. Thankfully, a scrap dealer in India was available to melt everthing.

And recently, it was reported that Britain may ship blood and urine samples from National Health Service (NHS) patients to India for clinical tests. Apparently, the cost of shipping the specimen to India is a lot lesser than the cost of testing it in Britain. Once the tests are over, the results will be sent to Britain via èmail. What is not being said is that the specimen would be later dumped in India.

Pepsi, it was reported, imported tonnes of used Pepsi cans from America and dumped them in India because disposing them safely in the US would have been prohibitively expensive. The story of how Coca Cola depleted groundwater resources in Kerala is well known. But what is not well known is that soft drink makers are allowed to tap groundwater in cities where millions don’t get their daily drinking water requirement.

After the first Gulf war, India became the proud recipient of tonnes of metal scrap from Kuwait. In one instance, a boy working in a scrap factory in Tamil Nadu pulled the pin from a grenade and blew up himself and several others. After the second Gulf war, Americans are dumping scrap from Iraq, many of which contain unexploded ordinance and depleted uranium.

Importing scrap metal reduces the price of manufactured Indian metal. It also hinders domestic recycling efforts. India is already a country that boasts of the largest cattle population in the world. If we did not import cow dung from abroad, then our farmers would have an additional source of revenue.

For years, Western countries like the US and Switzerland tried to put pressure on the Indian government to stop supporting the GCMF† and the NDDB ‡. These countries had successfully made Sri Lanka totally import-dependent for its milk requirement by first providing free or subsidized milk powder and other products for several years and then withdrawing the aid after Sri Lankan milch farmers were totally ruined.

* – The American foreign ministry is called Department of State or the State Department. Their domain name is state.gov. The State Department has offices in the U.S. and in American embassies in foreign countries. Visitors from the state.gov subdomains are usually U.S. government employees. Sometimes, ordinary American citizens (tourists, businessmen, etc.,) are allowed to use computers in these offices.

† – Gujarat Cooperative Milk Marketing Federation, the owner of the Amul brand. Amul is one of the greatest success stories of rural India. Amul sprung from a cooperative society started by a group of small farmers in Gujarat in the 50s. Under their chairman Kurien, GCMMF applied professional practices for its procurement, manufacturing, marketing and distribution efforts. This helped in expanding into all kinds of milk products in a big way. They started the Amulya milk powder, Amulspray baby powder, Amul Milk Chocolate, Nutramul malted cocoa beverage, etc. With its huge base, Amul has managed beat out monopolies and multinationals like HLL (Hindustan Lever Limited), Nestle and Glaxo. Recently, HLL tried to enter the icecream market but was hampered by Amul’s own operations which obtains milk powder at cost price. Amul was greatly helped by its mascots the Amul butter boy and the Amul butter girl. They were featured on roadside hoardings, magazines, railway stations, trains and buses. An endearing appeal of these characters were their versatility. The girl could be appear as Aishwarya Rai in one ad and as Madhuri Dixit in another. The Amul ads also made tongue-in-cheek comments about current events. Go to Amul.com to see Amul ads that have been created over several decades.

A coffee table book for Communist children (brainwashed by CommonCore). 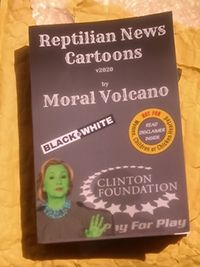 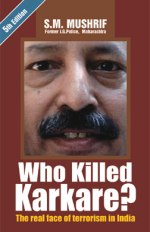